Ridley Scott returns to the universe he created, with ALIEN: COVENANT, a new chapter in his groundbreaking ALIEN franchise. The crew of the colony ship Covenant, bound for a remote planet on the far side of the galaxy, discovers what they think is an uncharted paradise, but is actually a dark, dangerous world. When they uncover a threat beyond their imagination, they must attempt a harrowing escape.

I'm looking forward to this. I'm a big fan of the Alien films (NOT that Alien vs Predator BS ) & the Prometheus film was EXCELLENT, something that loyal, detail oriented fans of the original 4 Alien films would appreciate b/c it starts to answer the question "WHERE DID THEY COME FROM?" So this film bridges the gap between prometheus & the first Alien film.

We can also look forward to a new installment for the Alien films featuring Sigourney Weaver! looking forward to that too! 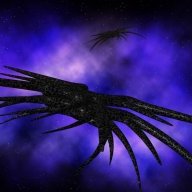 I also look forward to this.
Hopefully they can begin getting the Alien franchise back on track.

I really wanted to like Prometheus, it had potential, but it never quite lived up to my expectations.

s_k said:
I also look forward to this.
Hopefully they can begin getting the Alien franchise back on track.

I really wanted to like Prometheus, it had potential, but it never quite lived up to my expectations.

I watched it w/ low expectations, but what drew me in was the little nods & references to things that were "established" in the original 4 films, like the corporation's name. Little things like that.

It's unfortunate that there wasn't a direct follow up to Prometheus. The actress who played the sole surviving doctor at the end of the film was originally attached to a project, but then a little while later, it was said she wouldn't be involved. That was disappointing.

But I liked that we at least got to see something about WHERE these alien creatures came from b/c for the longest time, nobody could say just WHERE the xenomorphs started.

I hope this upcoming film , & the Alien installment that features Sigourney Weaver's return WILL get the franchise back on track too!

Despite feeling lackluster towards Prometheus I am actually now more interested in the Engineers than the Aliens. Judging from the trailer, I don't think the Engineers will be discussed.