Alice Cullen said:
Alright, agreed. Let's just leave this with a cliffhanger and go back to the Six proper.

to be honest, and please don't be upset with me, lol, but I've kind of been suffering from a writer's block of sorts for the last little stretch.... once we decided this fight would be their last stand in this storyline, I think I may have started dragging my feet a bit, because I really enjoyed this shortlived detour. Not that I don't LOVE the Six, because I do, and I really want to get back to it, lol. but I would have enjoyed taking this full steam to its conclusion.

One good thing to come of this, like was said before, now we have all these peripheral characters that we can utilize in the mainstream story if the need ever arises. And since this was technically an 'alternate' timestream, we could feasibly incorporate them however we wanted lol.

BUUUT anyway, enough of that. Let's get back to our traditional roles and save these for a later date.
Click to expand...

I understand COMPLETELY Lexi. I think what happened is that I got into this storyline because we were kinda on our own until Farrah came back. When she did we really had no plan on what to do then as far as how to transition back, we expected to have time to finish the arc. So we added Shade (cool character, a bit POWERFUL but when is a Farrah character NOT? lol) and kept moving along. THEN we got a hard on to change back and the last few posts reflect that in my opinion. We tried to move to the showdown and figure it out as we went along and I am just not satisfied with it. It is not of the quality of what we did earlier, IMO. After Shade's first post in this ambush things deteriorate I believe as far as it being good and whole and well-done in the tradition that I think we have.

I am not trying to start any crap, I am just saying that when the time comes (if it does), I want us to make sure that we give this other storyline (or any) the same attention to detail and consideration we give the Six. Or just don't do it.

Jill Monroe said:
from what i read, you were one of the main one pushing for this story in my absence AND you wanted to direct it, THEN you let it fall flat? we're not letting you direct anymore stories...EVER! --->


and yes, Cameron's repeated disappearences from mainstream continuity are about as dependable as Blaze's deaths. NEXT!
Click to expand...

ANYway, I agree with Lexi and Rich.

Richard Martin said:
Yeah..this thing has fallen into a corner and I don't like it so much right now. It needs more work in this arc than we want to give, so let's just pick right back up with our regularly scheduled program already in progress...
Click to expand...

On the contrary, some of us WANTED very much to give this arc the time it deserved. But with no one posting in it, what was the point? And what was the point of PLANNING out an interesting and realistic ending, if we couldn't get past the Roosevelt?

Vilandra said:
On the contrary, some of us WANTED very much to give this arc the time it deserved. But with no one posting in it, what was the point? And what was the point of PLANNING out an interesting and realistic ending, if we couldn't get past the Roosevelt?
Click to expand...

If we wanted to give this the time and attention it deserved then we would have. Period. Thing is I couldn't figure out what the hell we were doing and then we were doing nothing and now we are doing our regular stuff. Fine.

But lets not act like there wasn't a rush to get through this, then to drop it to get back to the Six. I stopped posting because I couldn't figure out what the hell was going on and then I thought what we were getting ready to do was quite frankly pretty shitty. Combine that with some posts that completely ignored previous posts and there was no point in posting at all.

So let's go back. That is something we can all agree on. Or at least live with. 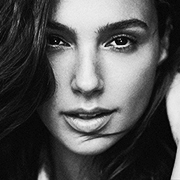 Whoa, whoa, whoa. I get that we're all a little annoyed that The Runaways sort of fell flat at the end, but that doesn't mean that you need to quit, Vil. You're an asset to whatever game we do.

As for why The Runaways was being rushed to a close, Farrah specifically stated that she wanted to get back to the six and that she couldn't do BOTH RPG. What else were we supposed to do Garrick? It was either try and wrap up the game or leave it on a cliffhanger.

From what i'm gathering in this WHOLE thing is the fact that all of us had a huge lack of communication. In the beginning everything was running smoothly. Then all of a sudden no one knows what's going on, who has to do what, and how it's supposed to end. It lead to no one posting because they were either frustrated, lost motivation, or were too busy. I agree with what Lexi posted above, I really enjoyed this sub storyline. Though I love the six, it was nice to dive into a completely different character in a completely different storyline. Up until recently, I was having a blast, then it all fell apart. But unlike the Six, we didn't have Farrah making sure everything was running according to her plans. This was all on us. And frankly, we all let it slip a little because none of us bothered to communicate with each other.

Its always unfortunate when a storyline has to be scrapped. I know it bothers me and its clear it bothers some of you too but i'm going to speak on some things that i observed just to offer some clarity.

this game started while I was absent. again, i'm sorry for that but it just couldnt be helped. there was nothing wrong wiwth you guys coming up with something to play while the Six was on hiatus.

Garrick, it seems that you werent interested in playing initially. if that's how you felt, you didnt have to play and no one would have held it against you. there's the whole rest of the board for you to participate in and once the six restarted, I would have hoped that you would return.

if ANYONE at some point is unable or unwilling to continue in the six, all i've asked is that you just PM me in advance. of course some of you (Brandon) dont always do that but because of the strength of my friendship with you and past work history i've been very generous with working you back in when you wanted to return. (and Heather has benefited from that as well).

Sam is right, I WAS ready to return to the Six, and I know i couldnt do BOTH stories. it wasnt possible for me. but i was willing to help see this alternate story to its conclusion and THEN restart the six. I tried communicating with the two people that appeared to be at the helm, BRandon and Vilandra but it became clear to me from earlier that Vilandra's ideas were often being ignored and BRandon wanted to be the sole director of the story and yet he wasnt putting in the time necessary to keep the story going. there were instances were even Lexi had to step in and move things along. I purposefully did NOT step in to push things along because a) this wasnt my story to begin with and b) i wanted to let others have a chance to direct.

Brandon if you were unable to keep up, you should have told someone so they could move things along and salvage the plot. REALLY there's no reason why the story couldnt have had a quick BUT THOROUGH wrap up with the possibility of these characters crossing over in the future. Sam, Vil and I tried to get the ball rolling but that's all we could do...was TRY.

Vil, since you were apart of the initial foundation of the plot, i think you should have taken my suggestion and just reassumed directing the story. That's kind of why i was communicating with you as much as I was. It's not your FAULT or anything. Just an observation.

details aside, we've all agreed to let the story go and return to the six. if anyone wants to use the character they had in this story in mainstream timeline in the future, just PM me and let me know what you have in mind and we'll go from there.

Since we've come to a consensus that this alternate story is done. I'm closing this thread and removing it. we'll be returning to the six tonight.

Yes, you are right, but I was trying not to step on toes. Which probably failed anyway lol.